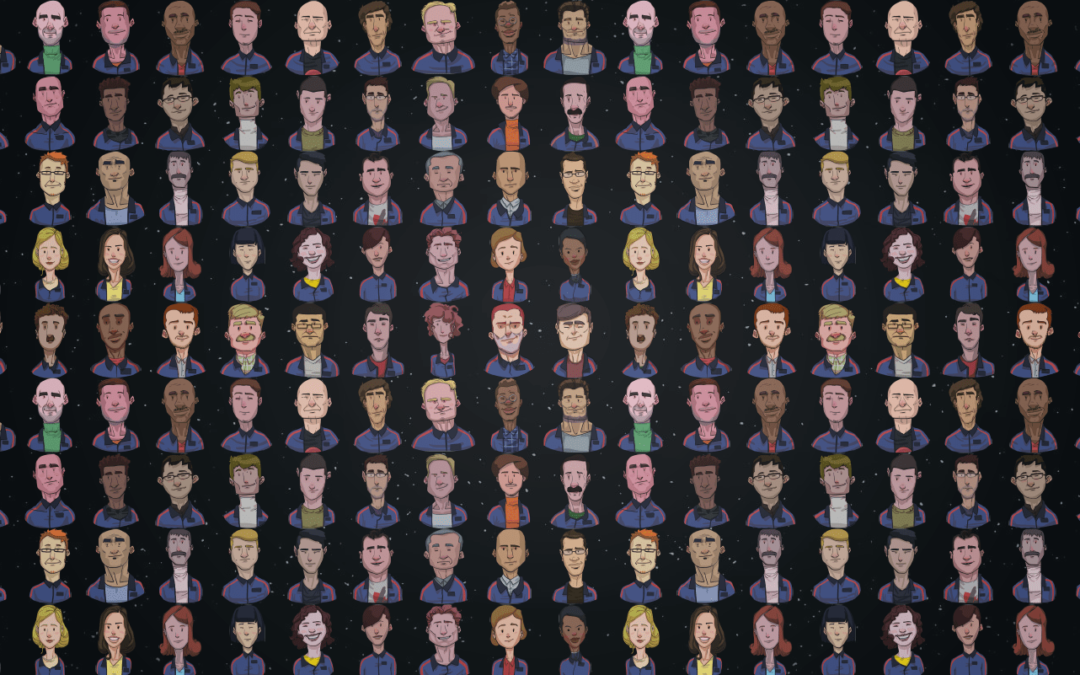 Astronauts play a very important role in ‘Space Station Designer’, as they are the ones in charge of keeping the Low Earth Orbit (LEO) station functional and using their skills in order to increase the station’s output. In this blog post, I’m going to give an overview of the astronauts and cover the processes for hiring and managing them.

The game starts with a Core Module in LEO housing a single astronaut. From that point onwards, players will need to hire more in order to be able to manage larger stations. This is done through the hiring screen, which can be accessed by using the following button:

Which can be found in the astronauts button group in the right panel of the main screen: 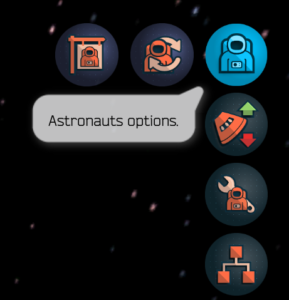 The hiring screen shows a list of candidates, which are displayed as a series of cards with a number of attributes: 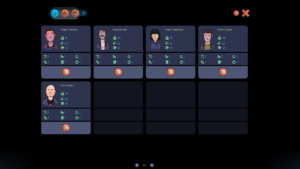 The upper section of the card features the following attributes:

In the middle area of the cards there are six icons, one for each type of skill:

After one or more candidates have been hired from this screen, the recruitment process will be unavailable for a certain period of time. The management screen can be accessed via the following button, which is also available in the astronauts button group in the right panel of the main screen:

The screen lists all the active astronauts, along with a series of options that depend on their current state: 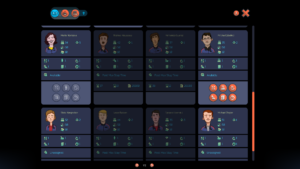 All the attributes shown in the hiring screen, such as age, autonomy, weekly salary and the various skills are still present. In the upper right of the card there’s a ‘Rank’ attribute as well. A new astronaut starts with rank of one and, every time he or she is sent to any skills training, the value increases. Once the value reaches a certain number, no further skills training is allowed.

In the third row of the card there’s an icon that shows the astronaut’s location (i.e., on Earth or in the LEO station).

Astronauts on Earth can be in one of the following states:

Astronauts on the station can be in one of the following states:

We’ll cover most of these in upcoming blog posts, where we’ll be digging into the rest of the mechanics of ‘Space Station Designer’. Are there any astronauts features that you think are missing? Let us know via the comments section below, twitter or the contact form at the bottom of our website 🙂