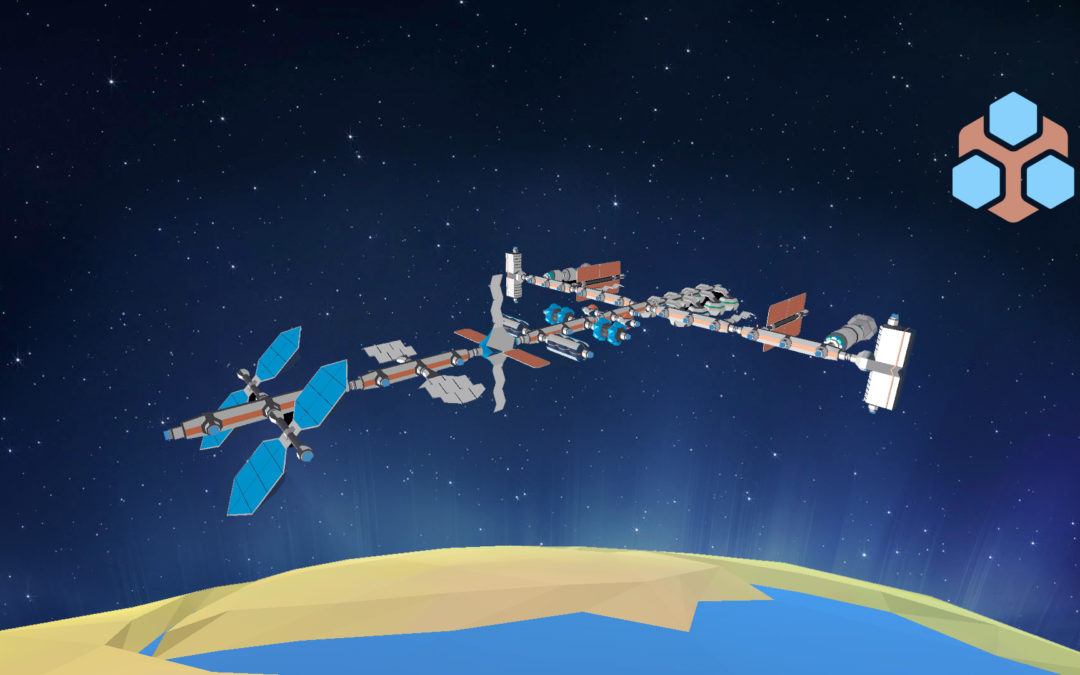 Hello all! It’s been some time since our last development update. We have been making some steady progress on our space station game and we have some great news to share!

After completing a gameplay prototype earlier this year, we found out that building space stations in a sandbox environment was a fun (and even relaxing!) activity in itself, so we decided to focus our efforts on the development of a smaller game named ‘Space Station Designer‘ (SSD).

After several months of work, we have completed a fully functional build, which features various usability improvements based on the feedback we got from some close friends and colleagues. Today, we’re making this playable build available for free to everyone on itch.io, so that you can take it out for a spin and let us know what you think (we suggest you to install the itch.io app first). If you like our work, please support us by leaving a donation 😉

Here’s a partial list of features contained in the open alpha:

So… what’s next for ‘Space Station Designer’? We have lots of ideas on where we should go next, but we’re also interested in your opinions! If there’s something you’d like to see in the game, don’t hesitate to visit us in the game’s forums and let us know your thoughts. You can also find us on Twitter.

Enjoy the open alpha and see you at the forums!